First, let’s deal with terminology. The DISC is commonly called the DISC Test. The word ‘test’ is a misnomer. ‘Test’ implies that there is a ‘fail’ or ‘pass’ result which is definitely not the case. There are no right or wrong results.

DISC Profiling is a more accurate name but, for the sake of everyday language, and because it is such a widely used name, we decided to call this system the DISC TEST!

The DISC Test is an essential tool in the search for organisational and personal success. Administered more than 100 million times, the DISC Test allows individuals to identify and maximise their talents, and it allows organisations to select and develop the right people for every role.

Originally developed in the 1920s by psychologist and educational consultant William Marston, DISC testing has since been refined and validated by many eminent psychologists, social scientists and HR professionals. Today it is considered to be the preeminent workplace assessment tool.

Some people believe that using the DISC Model to describe personality is an over-simplification. Before coming to such a conclusion please consider this…

“There are only three primary colours and yet they allow us to produce every single colour, tone and hue in the world”.

Connecting & Communicating with the D Style

Connecting & Communicating with the I Style

Connecting & Communicating with the S Style

Connecting & Communicating with the C Style

People are not born ‘blank slates’. However, it is not all in the genes. Life experiences change us and define us. Nurture, in effect, shapes our very nature. Over the years extensive research has been carried out involving the nature/nurture controversy and today nearly all scientists agree that both nature and nurture play crucial roles in human development.

£ 27
00
per test
BUY & USE NOW
* 5+ TESTS WILL INCLUDE A FREE CONTROL PANEL. CONTACT US DIRECT FOR DETAILS
BUY NOW

If you have received training to use the DISC Model of Personality you will find our DISC system very valuable and accurate. Please contact us for more information regarding our system and fees.

Personality Tests are not a Substitute

Personality tests are not a substitute for personal judgement or responsibility! They should only be used in conjunction with conventional selection and interviewing techniques.

The DISC questionnaire consists of 28 sets of four multiple choice statements that take around 10-15 minutes to complete. It is called a self-reporting questionnaire.

The DISC report provides scores and descriptions for the four DISC traits and places the test-taker into a specific ‘Pattern’ or Classification.

At DISC Test, we also ensure that the insights contained in the report are:

This particular DISC Test was created in response to high levels of demand from recruiters, HR professionals, counsellors and coaches, who wanted a succinct report that could be interpreted without the need for training or accreditation.

We promise that the results of our test are as accurate as any other DISC Personality Test.
More on the Report

Are you already using a different DISC test provider? If so, we invite you to take the DISC Test Challenge, 100% free of charge. All it entails is comparing our DISC Test with the one you’re currently using, and checking to see which is more accurate and cost-effective. We’re pretty sure you’ll be glad you gave us a shot. Simply contact us and let us know what tests you’re currently using, as well as your average monthly usage, and we’ll take care of the rest. 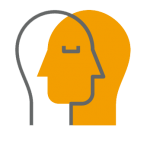 How to Administer the DISC Test

You will be provided with a secure log-in to an autonomous Control Panel – CP.

The CP is, in other words, the Dashboard or your private Account.

Functions of your CP