Here at DISC test we pride ourselves in providing an excellent service in every way we can. Whenever needed, we will collaborate with our clients to deliver the best possible service that will, as far as possible, meet their individual needs.

We believe in working with our clients with integrity and trust. Perhaps we are a bit old fashioned as we think that ‘the customer is always right’.

We are also keen to help those not so privileged and will always offer a charitable organisation a discount of at least 10%. If you work for such an organisation, please get in touch to discuss the discount available.

Here at DISC test we are always looking for entrepreneurs and organisations to join us in delivering the DISC as a tool for helping to train, develop and select people.

If you believe you would enjoy working with an ambitious organisation and if you have the desire to create a new revenue stream for yourself – or for an existing business – then we want to hear from you.

DISC test comes under the umbrella of TestsontheNet Ltd. Testsonthenet Ltd has been in the world of psychometric testing for many years specialising in advising clients on the best psychometric to utilise to achieve their aims.

We are currently providing services in many English-speaking countries and are collaborating with businesses in Holland, Spain and the USA. We are keen to build further international connections so please contact us to find out more. 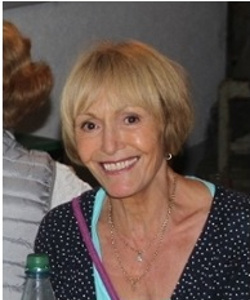 With over 30 years of experience in the HR world implementing and encouraging the use of personality tests, Jennifer is a highly professional and enthusiastic Director ofTestsonthenet Ltd.

As well as the DISC test her experience includes the implementation of such psychometrics as The Big Five Model of Personality, The Personality Type (MBTI) and the Insight Personal Inventory. 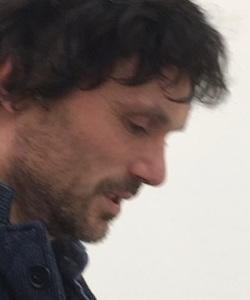 With a background in the HR sector, Fletcher has many years’ experience in the day-to-day running of departments, leading and managing teams, operations and administration.

They understand the complexities of managing people and of business strategy and development.

Muhammad has extensive experience at software engineering on the world wide web. He has been working with DISC test and TestsontheNet for many years and has honed his skill at integrating and facilitating various testing systems into complex websites. 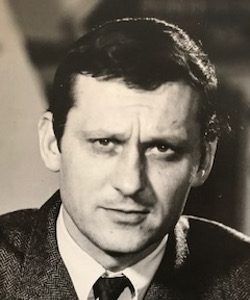 The creator of this DISC was a man from humble beginnings. He was a foster child from the working class and a broken home.  However, his circumstances did not pull him down, instead he felt compelled to look for improvement and… a family.

At the age of 16 he joined the Royal Navy and become Able Seaman Donald Worley.

And the Royal Navy fulfilled many of his goals in that it not only gave him a family, an education and qualifications. It also opened the world to him.  In particular, as part of a Royal Navy post-war ‘courtesy visit’ which toured South and North America, he arrived in New York.

He was openminded and always looking for opportunities and ways and means of improving his life.  So, when he met an American businessman in New York he was intrigued to learn more about his commercial activities. The American was Dave Meyer Ph.D.  Dave’s successful business included the application of psychometric testing within industry.

(Psychometric testing – personality testing – is standard procedure now when applying to join the Royal Navy but was not back in 1953.)

The seed was sown and years later, after much research and study, Donald collaborated with the Professor and so this DISC was created.

This DISC, as for all DISC tests, is based on the work of William Moulton Marston, a lawyer, inventor and psychologist, and Walter Clarke, an industrial psychologist. For more information  visit: https://en.wikipedia.org/wiki/DISC_assessment

Over the years this DISC test has been validated and refined resulting in a sharp and accurate personality assessment.